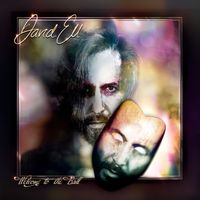 From the recording Welcome To The Ball

Part 1
We raised our hands bled the red into American flag
Gave up our homes gave up our lives
Gave up our dreams for a "drive thru" meal
Now the oil is running out
While the tv host he laughs and shouts
Strangers burn in the desert sand Hallelujah for the promised land
(America) What you gonna do when they come for you
What you gonna say when the city burns
What you gonna do when the homeland falls
Will you wrap yourself in the burning flag
Hide away in a foreign land
Learn to talk like the foreign man
Your time is running out (got to run got to keep on running)
Time for you to take a bow (got to hide got to keep on hiding)
Your freedom lies in ruins
Dreams are in the dirt....

Part 2
They found a good looking boy
A poster boy
Short brown hair and no fear in his eyes
Son of a farmer, it’s time to be a man
They shined up his shoes
Put a gun in his hands
Took a photograph to send back to the old town
"They’ll be so proud of you and you’ll go so far
They’ll be so proud of you"
They trained him up
And they shipped him out
So he’d be a hero in a foreign land
The brass they all told him
He would be a star
Handpicked by us, a celebrity soldier
A man of the people, a man for all seasons
The hero of the hour
He had bodyguards
Even had his own chef
A personal trainer, fresh sheets on his bed
While his brothers in arms they slept in their own blood
They reported back home
On his first day alone
He killed seven hundred
And maybe a thousand or more
New recruits signed up that day
For a phoney way
New recruits signed up that day
It's such a phoney war.....

Part 3
Left home, nothing in my pocket
No learning but a head full of dreams
Slept rough under the Texan stars
Like a prince in the land of the free
Got lifted, spent a night in the cells
A man in black he chastised me
He said “boy you’ve got to do something find some work to make ends meet
Stop living by the grace of God
Start waking from your American dream”
So I got a job in a parking lot
Moving cars for minimum wage
In the evenings I went out hustling
By the morning my hope was gone
I stopped living by the grace of God
I stopped living the American dream
Met a girl she was a beauty queen
Hair of gold and skin like honey
We had a child and we bought a house
For a while we were happy
We were living like a king and queen
We were living the American dream
We weren’t ready when the crash it came
They took our home they took our money
We had no welfare when my boy got sick
He passed in fall and she turned on me
She had left me by the winter time
She had left me with my American dream
My American dream my American dream......